Accredited Interim Minister in Fellowship with the Unitarian Universalist Association

Reverend John Marsh served Unitarian Universalist congregations in professional positions from 1976. He enjoyed successful long-term parish ministries and has been an effective and helpful interim minister.

He leaves his wife, Alison; children, James, Aidan and Robin; and grandchildren, Daniel and Nina.

He loved the complexities and joys of a big family and the Marsh, Newcomb, Patrick and Jones families will miss him.

He was raised in Norwell, Mass., where he attended First Parish Unitarian and the Norwell Public Schools. John obtained an Art degree at UMass-Amherst and his master’s degree in Divinity at Harvard. As a Unitarian Universalist Minister, John served congregations in Massachusetts, California, New York, New Jersey, Michigan and Connecticut. He served in Alberta and Ontario, Canada. He had a full and rich professional life, regarded highly by congregants and colleagues.

I believe I have a gift for assessing people and situations — and reflecting back to people the truths I behold — in a way that is both honest and affirming.
One parishioner told me that my sermons allowed her “to look at myself without flinching.” While I cannot promise to do this for everyone — (nor does everyone require this), I believe that this ability is of great benefit in ministry.

The Metaphor of the Potluck Supper

“The only binary is life and death.  Everything in between is a potluck supper.”

Some traditional churches insist that the whole point of a church is to serve a meal exactly like one which was prepared 2,000 years ago. Other groups, such as the Catholic Worker Movement, insist no one should be allowed any dessert until everyone has had their soup. The Unitarian Universalist Church is more like a potluck supper.

On any given night some members are ready for meat and potatoes. Others want uncooked vegan fare with sun-brewed herbal tea, some may need to fast. I celebrate our diversity. I see the minister encouraging people to try dishes other than the ones they brought themselves, and making sure that everyone is fed. This includes concern for those outside the congregation.

In a world where people go hungry, ministers are called to commit themselves to social change. It is a minister’s task to be a voice for the voiceless, to encourage good public works, and to point out the consequences of individual and corporate irresponsibility.

The minister also serves as an organizer and administrator. Washing the dishes and scouring the oven is not usually the enjoyable part of a feast. Still, a well ordered kitchen, with a full flour barrel and straight rows of spices lining the shelves is a joy and a promise of good things to come.

A minister serves as master of the tea ceremony, as a leader of rituals and rites of passage. A minister is one who handles sacred objects in such a way as to reveal their sacredness to others. However, in our religion it is not objects, but human beings that are of supreme importance. Our rituals should be quick to exalt this truth.

Another role of a minister is that of scholar or keeper of the cookbooks. It is the privilege of the minister to engage with others in tasting together some of the best creations of the past master chefs: Rumi, Sappho, William Ellery Channing, J.S. Bach, Susan B. Anthony, Frederick Douglass, Maya Angelou, James Luther Adams, Fats Waller, Mary Oliver. Even more exciting, we are charged with experimenting with new fusions of flavors that are only now emerging.

The ingredients which I most enjoy cooking with are: tomatoes and carrots, love and anger, green peppers and corn meal, cheerfulness and spontaneity, flour (whole wheat, almond, chick pea, I haven’t tried acorn flour yet, but it’s on my list), honey, tenderness, compassion, high energy, cinnamon and pennyroyal, honesty and courtesy, pumpkin seeds, scallions, and Tabasco sauce, openness and magnanimity, root beer extract and chocolate chips, forgiveness, butter and again love. Love over and over again.

I believe that the larger world needs the message we have to offer and that our congregations deserve to flourish. 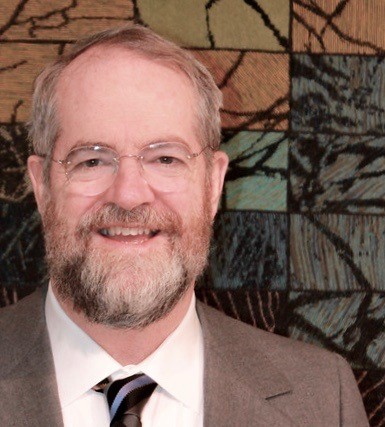 The pages on this site were designed by friends of Rev. John Marsh to introduce him to other Unitarian Universalists.

Rev. Marsh provided information on his background and selected videos, stories, and sermons to share.

Information on Rev. Marsh’s professional life is included to provide a broader view of this religious professional.

As members of congregations served by Rev. Marsh in the past, we have appreciated his care and wisdom.