Since 1976 Reverend Marsh has devoted his professional life to Unitarian Universalist congregations serving as: 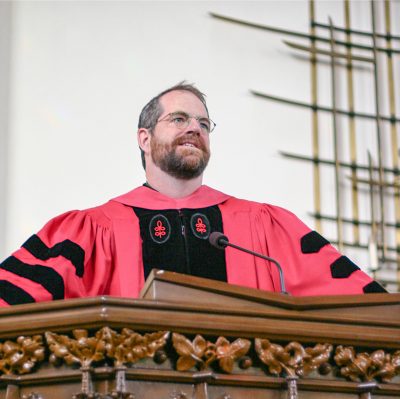 John Marsh in the Pulpit in San Francisco

Specific accomplishments at each of these Unitarian Universalist communities are outlined in Rev. Marsh’s ministerial record. 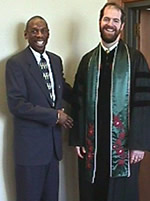 In San Francisco Rev. Marsh established a successful long-term co-ministry after a history of short-term tenures. While there he co-created worship and pastoral associate programs. His activities also included helping with that church’s partner church and social justice projects in partnership with allies who included the Faithful Fools Street Ministry and Habitat for Humanity.

The achievements of which Rev. Marsh is especially proud include establishing children’s programs in inner city churches in Boston and Los Angeles, re-creating a sense of worship in Edmonton, and outreach to the LGBTQ  community there.
While focusing on Interim Ministry, Rev. Marsh has been skilled at readying congregations for their next settled ministry, helping them identify and resolve potential festering problems, and rebuilding critical areas of their organizations.

2012 – 2015  Successful Efforts on Behalf of The Multifaith Housing Initiative

In 2012 I agreed to serve as one of the Spiritual Patrons of the Multi-faith Housing Initiative of Ottawa.  MHI, as its names suggests, is a coalition of faith based organizations that work together to provide low cost housing to some of Ottawa’s most vulnerable families.  In 2014 they launched a capital fund drive called “A Place to Call Home” with the aim of doubling their number of rental units.

At our annual meeting that spring the Ottawa Congregation agreed to make support for MHI and “A Place to Call Home” a priority for the Congregation for the next two years.   We kicked off the fall with a series of speakers (a Baptist Minister, a Jewish Rabbi, an Islamic spiritual leader, and me) talking about the legacy of Abraham, Sarah, and Haga, the theme of homelessness in their stories, and the importance of supporting the “A Place to Call Home” campaign.

I worked with others to organize a fundraising banquet to honor one of the elder couples in our Congregation (Werner and Marjorie Daechsel) that have been long time activists on behalf of public housing.  In February we put together a benefit concert celebrating the life and songs of Pete Seeger.  We were able to feature some of the best local folksingers as well as the lead singer and lead guitarist from “Hey Rosetta” one of the most sought after indie rock groups in Canada.  That spring the First Unitarian Congregation of Ottawa was given an award by MHI in recognition of being the Congregation that raised the most money that year.

The next fall MHI, in part because of the success of its fundraising campaign, was awarded a gift of land from the city of Ottawa on which to locate its new homes.

Sunday Worship for the 2015 Canadian Unitarian Council Conference:  “The Refuge of Three Rivers”

“The Sunday Worship Service at the 2015 Canadian Unitarian Council Conference in Ottawa was unlike anything I had ever seen before.  Part spectacle and part exploration of Canada’s history, it was a worship service that both explained and challenged.  It included projected images, a soundtrack, a large choir assembled from across Canada, young children, and youth and adults together manipulating giant puppets.  While it evidenced collaboration on a massive scale, it also clearly flowed from the imagination of John Marsh: from his writing the lyrics to many of the hymns, to the stories and pictures in the Prelude, to the short sermon he gave which wove the themes together.  It was both a joyful celebration of Canada’s heritage and an honest look at some of the unfortunate historical incidents.  It was a call to preserve the wilderness of Canada, and to move forward with the project of building a more perfect human community.”

From 1998 to spring of 2003 Rev. Marsh served as the Ministerial Settlement Representative for the Pacific Central District. This involved serving as a consultant to churches who are in search for professional leadership. 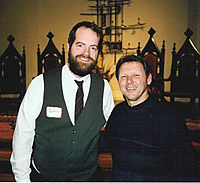 During his Spring, 2003 sabbatical Rev. Marsh made weekly visits to two men on death row at the San Quentin Prison.

He has also been an active volunteer at the schools his children attended. Rev. Marsh served on the San Francisco Public Schools Middle School Language Arts Textbook Selection Committee.

2006: Advisor/Consultant to “A Faith-Based Sexuality Education Guide for the Inclusion of Children and Youth with Special Needs” by Sally Patton (scheduled to be available online by summer 2007). This guide is to supplement the “Our Whole Lives” (OWL) curricula.

2003: “Margaret Laurence,” a biographical essay published in The Online Dictionary of Unitarian and Universalist Biography at: www.uua.org/uuhs/duub/ 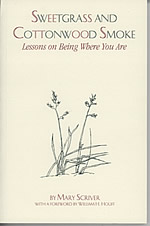