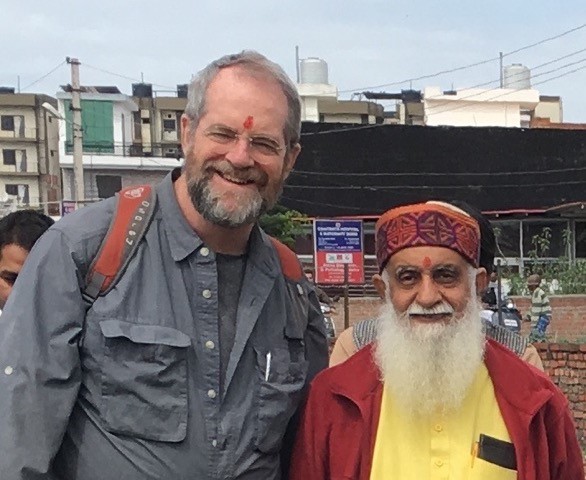 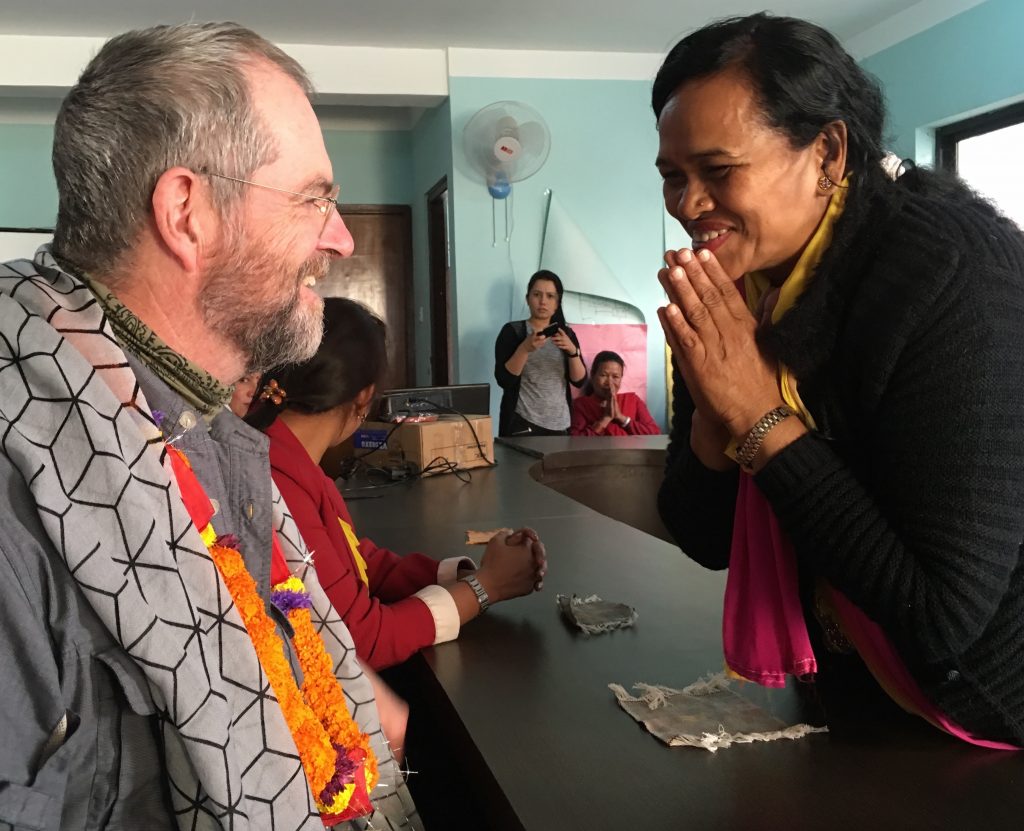 Exchanging ideas at the Women’s Foundation of Nepal

Service and Sermons in Text Format

Eternal Father, Strong to Save

Why Canadians Love their Healthcare
produced by John Marsh 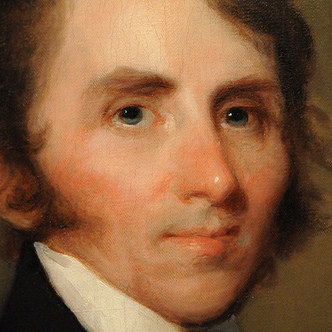 This sermon not only defined the fault lines between the liberal and conservative wings of what had been the Church of the New England Puritans—the founders of the Massachusetts Bay Colony; it brought forth a new kind of liberating faith that excited the imaginations of Congregations that worshiped in Norwegian in Minnesota, Icelandic on the Canadian prairies, and Khasi in a remote area of India.

Having lived with the Baltimore Sermon for a number of year. he is now asking the question: “What did they have for lunch afterwards?”

Some answers can be found on his current blog: Dining with Bill.

Storytelling: Stories for All Ages

Reverend Marsh’s professional work with congregations started in 1976 before he had graduated college.  His first position was as Acting Director of Religious Education and one of his initial assignments was to lead intergenerational worship.

Throughout the years, Rev. Marsh has continued his commitment to quality spiritual education for all ages.  One technique he uses is the telling of stories for all ages.  These are not “children’s stories” but accessible, interesting narratives with meaning for all.

The telling of these stories has been a regular and popular part of Rev. Marsh’s ministries.

Two sample stories are published here, Waffles and War, Peace, and the Erie Canal. In addition, a longer story of his sabbatical journal tells of his 2016 experiences in South Asia. 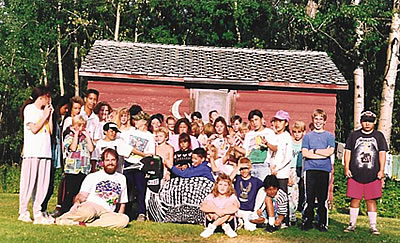 Reverend John Marsh at a youth camp in the 1990’s

A Story for All Ages by Rev. John MarshOne morning a little girl asked her father if they could have waffles for breakfast.

“Waffles are my favorite.” She said. 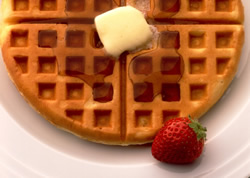 But when the father picked up the morning paper, he saw that his favorite sports team had lost the night before, and he had been sure that they were going to win. So he sat down to read how it could have happened. And when he looked up, he saw that he did not have enough time to make waffles. It was too late. He would make oatmeal instead. Oatmeal wasn’t waffles, but it was ok.

When the girl came downstairs she was disappointed. But she didn’t say anything. She ate the oatmeal in silence. Her father did not even seem to notice she was there. He was still reading the paper.

She never asked for waffles again.

Years went by, the girl grew up, and became a young woman and got married to a handsome young man.

They were as happy as two young newlyweds ever were.

Then one morning, the handsome young man asked his wife if she would like for him to make waffles for breakfast.

Her face went pale, and then it turned red. Tears welled up in her eyes. Her mouth quivered, and then she screamed:

“Yes! I would like waffles! But you can’t fool me again! I know how it is with you! You are planning to serve me oatmeal!”

“Eggs,” said handsome young man, as he backed out of the bedroom, “I will go and make some scrambled eggs.”

The young woman wondered at her own outburst.

But the young man, as he gazed at his wife across the breakfast table, felt he knew exactly what the problem was. This beautiful woman, that he loved so much, had gone completely bonkers. She was just nutso. For weeks afterwards he looked for other signs of craziness, but none appeared.

Without saying anything, he gave away the waffle iron they had been given as a wedding gift. He wasn’t sure who had given it to them. He never mentioned waffles again.

More years went by. The young man and young woman had a baby girl of their own. And when that girl was six years old. The family planned for her to spend four days with her grandparents. This was going to be the longest time she had ever spent away from her mother and father. Everyone was a little nervous, but also excited.

When her parents came to pick her up, she had a big smile on her face.

“I had the best time ever!” she said, “and you know what? Grandpa made waffles for breakfast every morning! And now waffles are my favorite food! Grandpa says they used to be your favorite food too! How come we never had them at our house before? Grandma says that she and Grandpa gave you a thing to make waffles in when you got married!”

Then the young man turned sort of white, and looked nervously at his wife.

The young woman remained calm as she said to her daughter, “you know, I think it is time your grandfather and I had a talk about just that.”

And young woman and her father went inside the house. While the grandmother, the young man, and the little girl sat outside and played a game under a tree. Whatever they were talking about it seemed to take a long time.

After that the little girl and her family had waffles at least once a week. And the young woman also kept a supply of frozen waffles from the grocery store in the freezer. So if they ever ran out of time, they could just pop one in the toaster. The little girl hated those frozen waffles, they didn’t taste anything like the waffles her mother made. She wondered why her mother didn’t just make oatmeal instead. Oatmeal wasn’t waffles, but it was ok.

So many things happened before we were born that continue to shape the world we live in today that it is astounding to think of them all. When people talk about the history of our communities they often talk about wars, because wars are great disrupters of people’s lives and cause many people to move about and meet each other, people who otherwise probably would never have met. Wars also cause a great deal of pain and suffering, disease and death. This morning, however, I want to talk about how peace also, causes things to happen. This morning I want to talk about the 1817 meeting of the New York Council of Revision. You may already have been told about this story by your parents and teachers, I mean, without this meeting, none of us would be here today.

The state of New York, no longer has a Council of Revision, but in the 19th century, at the end of each session of the New York legislature, a group of five people called the Council of Revision, reviewed each action the legislature had taken, and if they thought the Legislature had done anything foolish, they could undo it. I sometimes wish I had my own council of revision that met each day and thought, hmmm, did John Marsh do anything especially foolish today? Let’s just undo that. Usually the Council of Revision just approved everything the legislature did, but in 1817, the New York Legislature voted to build the Erie Canal. This was the biggest project, the most expensive thing that anyone in the United States had ever talked about doing.

It turned out to be a great investment. Some later called it: “the mother of all cities” because not only did it make New York City the biggest city in the United States, but also because the cities of Buffalo, Rochester, Utica, Schenectady, and yes, Syracuse, all went from being very small towns to big and important cities after the canal was built. They were built along the canal because there was so much business to be done there. And that is why I say that if it were not for that committee meeting of 1817, none of us would be here today, because the city of Syracuse would not be here.

However, no one knew that at the time. One person on the Council of Revision thought the canal was a terrible idea. He agreed the guy who said that the Canal, if built, would be a “big ditch” in which would “be buried the treasure of the State, to be watered by the tears of posterity.” He thought that we would all be crying tears because our grandparents spent all their money building this canal, and would not have any left over for our food, clothes, and education, and instead, the canal helped bring all these things.

There was a second member of the committee who mostly agreed with this, man. There were two on the committee who thought the canal was a super great idea. And then there was James Kent. James Kent was 54 years old in 1817. As a young man he graduated from Yale College. He became a judge and then chancellor of the State of New York. Later, the law school at the University of Chicago was named after him.

At the start of the meeting he said that he thought the canal was a good idea, but he was not sure that there was enough money, and that enough people were fully committed to it. He thought he would probably vote “no”. And the people counting the votes thought, Oh, no, with two against and two for, if James Kent votes “no”, then the canal will not be built. Other people spoke their views and the committee meeting went on and on, as committee meetings sometimes do. Then there was a knock at the door, and people were surprised to see the Vice President of the United States, claiming that he just happened to be in the neighborhood, and wanted to drop by, and if it was OK, could he say a few things. So they poured him a cup of tea and said they would listen to whatever the Vice President of the United States wanted to tell them.

What he wanted to tell them was DON’T BUILD THE CANAL!” and the reason not to build was because there was going to be another war with Great Britain and Canada, and they were going to need all the money they could get to fight the war. Most people thought the war of 1812, was over and done with. The British and the Canadians had burned the White House down, but then they became distracted with other things and everyone had signed a peace treaty and things were quiet. The five members of the Council of Revision were astonished: They asked, “Are we really going to have another war with Great Britain and Canada?”

“My word for it,” the Vice President said, “we shall have another war…within two years.”

And then, James Kent, astonished everyone further, by rising from his seat, and declaring with great animation: “If we must have war, or have a canal, I am in favor of the canal, and I vote for this bill.” I guess he figured if you buy a war, you just get a lot of dead people. But if you build a canal, you can go for a boat ride. And so it was that the canal bill of 1817 became law, and the United States did not go to war with Canada or Great Britain and remains friends with those countries to this day, and the Canal was built, and Syracuse became a city, and we are here. And it is good to be here.

This story is recounted in Wedding of the Waters, The Erie Canal and the Making of a Great Nation by Peter L. Bernstein. (Norton Press, 2005) pp. 197-199.